ANN ARBOR, Mich. – The University of Michigan Frankel Cardiovascular Center is among the first heart centers in the nation to use the WATCHMAN device to help prevent stroke among patients with non-valvular atrial fibrillation. 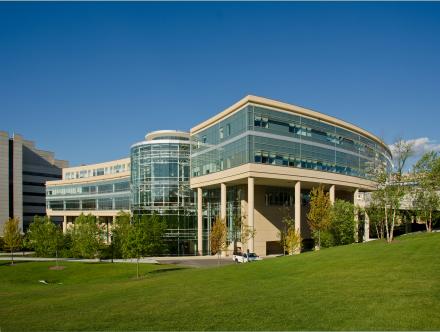 More than 5 million Americans have atrial fibrillation, a common cardiac arrhythmia, resulting in a too fast or irregular heart rhythm. WATCHMAN offers patients with atrial fibrillation an alternative to warfarin to prevent a potentially life-changing stroke.

For these patients, doctors often prescribe the blood-thinning medication warfarin to reduce risk of stroke, but it is not well-tolerated by some patients and has a significant risk for bleeding complications.

WATCHMAN closes off an area of the heart called the left atrial appendage closure where harmful blood clots can form and then enter the bloodstream causing a stroke.  By closing off the LAA, the risk of stroke and other systemic embolization may be reduced and, over time, patients may be able to stop taking warfarin.

"This advanced technology provides physicians at the U-M with a breakthrough stroke risk reduction option for patients with this type of atrial fibrillation," says electrophysiologist Hakan Oral, M.D., professor of internal medicine and Director of the Arrhythmia Program at the University of Michigan. "It allows us to intervene at the source of the majority of stroke-causing blood clots in non-valvular AF."

The device is shaped like a parachute and implanted during a one-time minimally invasive procedure in an electrophysiology lab. WATCHMAN is intended for those whom warfarin therapy is risky.

Atrial fibrillation is the most common cardiac arrhythmia, resulting in a too fast or irregular heart rhythm among more than 5 million Americans.

Danny Morris, 65, is the first U-M patient to receive the commercially released WATCHMAN device. He has been diagnosed with complex heart and kidney issues and has a history of bleeding complications while on long-term warfarin.

The Arrhythmia Program at the University of Michigan is an internationally known referral center for the management of complex arrhythmias. Each year the team of heart specialists performs a high volume of ablations and device procedures and along with the Center for Arrhythmia Research is moving forward the treatment of the most challenging and prevalent heart rhythm conditions.

To schedule an appointment to discuss your heart arrhythmia or other cardiovascular condition, call 888-287-1082, or email us at CVCCallCtr@med.umich.edu.