ANN ARBOR, Mich. – Lessons learned in sixth grade about healthy eating and the dangers of sitting too much led to greater fitness later for more than 1,000 kids enrolled in Project Healthy Schools. 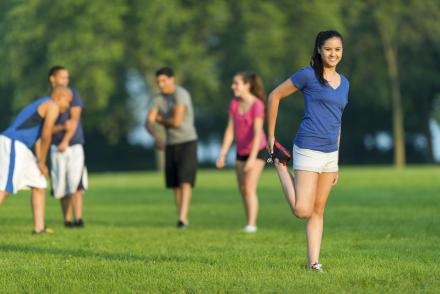 Healthy youth who continue to practice healthy lifestyles will grow into healthy adults with fewer risk factors for heart disease, diabetes and other chronic illness.

A study published online ahead of print in the American Journal of Public Health shows four years after completing the school-based health program, teens had lower levels of cholesterol and triglycerides. For most years, blood pressure improved.

“Improvements in children’s health status, not only right after the one-year curriculum in middle schools but well beyond as students advanced to high school, demonstrates that middle school-based intervention offers lasting benefits for our children,” says study author," Kim Eagle, M.D., cardiologist and director of the University of Michigan Frankel Cardiovascular Center and founder of Project Healthy Schools. 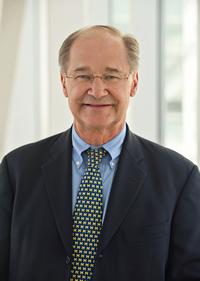 The student surveys and health screenings illustrate the promise of Project Healthy Schools to reduce the burden of heart disease in the U.S.

Project Healthy Schools is a collaboration between the University of Michigan and local community organizations, including public schools. It is designed to increase physical activity and promote healthier choices to reduce childhood obesity and the associated long-term cardiovascular risks.

“Our generous supporters are recognizing this chance as evidenced by the expansion of Project Healthy Systems from one middle school 11 years ago to 63 middle schools and two high schools in 2015,” Eagle says. “Project Healthy Schools is one vivid example that this can be enhanced through concerted, thoughtful interventions in schools.”

From the beginning, Ann Arbor students spent less time watching television, and over the four-year period, TV time dropped slightly among Ypsilanti students from 2.7 hours a day in 2005 to 2.3 hours in 2009.

Watching TV is not only sedentary, but exposure to food commercials can influence consumption of unhealthy snacks like chips and sugary drinks, authors note.