Notice for Patients with the Medtronic HVAD™ (HeartWare) Device

Recently Medtronic stopped the sale and distribution of the Heartware Ventricular Assist Device (HVAD) System because of an increased risk of neurological events and a potential for the internal pump to stop.

For more information, see the Michigan Health blog post HVAD risks: What you need to know.

Ventricular assist devices (VADs) have proved to be a viable alternative to heart transplants. VAD technology continues to advance, with smaller, more durable pumps and longer lasting batteries. As new and improved VADs are introduced to the market via FDA trial every two to four years, patients are living longer than ever and enjoying a better quality of life.

The Frankel Cardiovascular Center’s VAD program is led by internationally recognized experts and has been at the forefront of VAD technology for more than a quarter of a century. The program is one of only a few in the world having participated in nearly every VAD-related investigational and FDA-approved clinical trial.

Here are the stories of a few of our VAD patients. 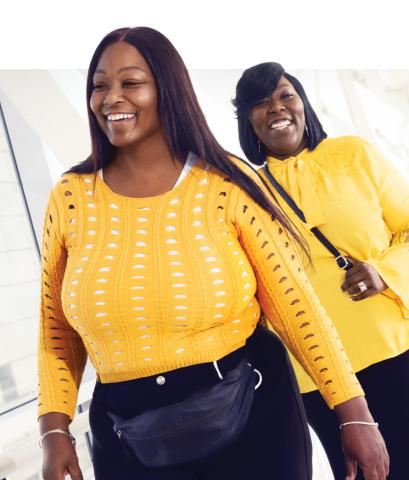 Tiara Johnson and Schvon Wadlington were strangers until a rare heart condition known as postpartum cardiomyopathy brought them together. It was an experience they want to share in hopes of helping others.

Women with postpartum cardiomyopathy develop heart failure a month before giving birth or up to three to four months after giving birth.

The diagnosis came as a shock to both women, since neither had any previous heart issues. Five years ago when Tiara gave birth to her second child, all seemed to be going well. But four days after giving birth, she began experiencing fatigue. Four months later, tests would reveal that her pregnancy had induced heart failure. Worse, further tests indicated that she would one day need a new heart.

“It was devastating to hear the news. I was only 25. I felt way too young for all that. I hoped it was just going to clear up, but that didn’t happen,” remembered Tiara. Over the next four years, her heart was at less than 10% functionality.

Meanwhile, Schvon was going through the same thing.

“I had my first baby in 2002, when I was 22,” she said. “A month before the birth, I started having breathing issues. My doctor diagnosed me and said I had pre-eclampsia, but did not evaluate me for heart failure. The day after my child was born, I was put in the ICU for cardiomyopathy.”

For the next 13 years, doctors did everything they could to sustain Schvon’s failing heart. But in 2015, they realized they could do nothing more for her and suggested she go to the Frankel Cardiovascular Center at University of Michigan Health.

There, heart failure/transplant cardiologist Dr. Reema Hasan assessed Schvon and determined she needed a heart transplant. But because her heart was rapidly failing, Schvon would need immediate help with a left ventricular assist device, or LVAD.

A few years later, Tiara would discover she, too, needed an LVAD. By chance, the two women connected and became friends. Today, thanks to support from each other as well as from the Frankel CVC LVAD team, both women feel blessed.

Schvon is doing well as she waits for a new heart to become available, saying, “I wouldn’t be here if not for the LVAD.”

“I’m building a website for other moms seeking help, which makes me feel happy and helps me to go through the challenges of all of this,” she said.

“You never know what little surprises you’ll find along the way,” Schvon added.

Read more about Tiara and Schvon on the Michigan Answers website. 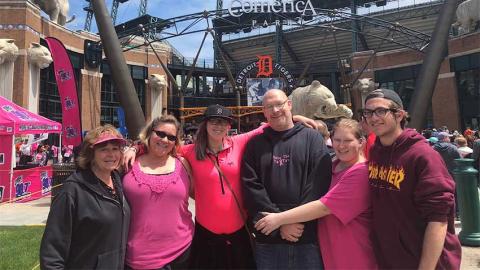 Preston Sporer was born with aortic stenosis, a condition that would define his life. From an early age, he wasn’t able to participate in any type of strenuous activity, including gym class.

This was just the beginning of what would eventually lead to a ventricular assist device, also known as a VAD, which has allowed the 50-year-old to do the things he loves, particularly keeping up with his three-year-old grandson and volunteer work with a group he refers to as “seniors with disABILITIES.”

As a young boy under the care of pediatricians, Sporer was treated with medication and underwent several heart-related treatments — all before the age of 10. Over the years, he learned to live with his symptoms, often going for stretches of time without receiving medical care.

In 2001, with his condition worsening and a new diagnosis of heart failure, he underwent an open-heart aortic valve replacement procedure at a hospital near his home in Brighton, Michigan. When symptoms returned in 2007, he turned to the University of Michigan Health Frankel Cardiovascular Center, where he was initially treated with medication, followed by several aortic valve replacement procedures.

For the retired mason, however, a more aggressive solution would be the next step. Sporer would need a ventricular assist device. His device would be considered destination therapy as other conditions — including diabetes and esophageal cancer — made him ineligible for a heart transplant.

Today, Sporer couldn’t be more thankful for his ventricular assist device and increased energy level. “I need it for my volunteer work with adults with disABILITIES through the Special Ministries of Livingston County,” he said.

For everyone involved, Sporer’s ventricular assist device is a win-win as he uses his newfound energy and health to help improve the lives of others less fortunate. And he wouldn’t have it any other way, saying: “Offering my time is the best medicine there is.”

Read more about Preston Sporer on the HealthBlog website.

To be evaluated at the Michigan Medicine VAD Program, call 888-287-1082 or visit our Make a Cardiovascular Appointment page, where you may fill out a Patient Appointment Request Form and view other details about making an appointment.