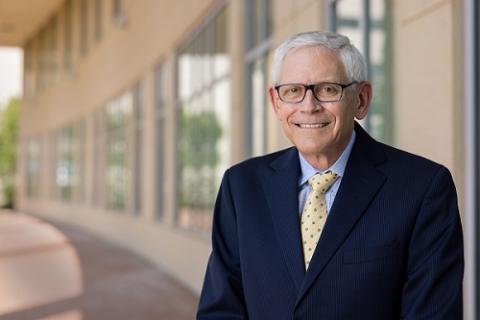 He is interested in venous disorders clinically with a special interest in venous thromboembolic disease and superficial venous disorders. His research has focused on the relationship of inflammation to venous thrombosis, especially involving the selectin family of glycoproteins. His research has been funded by organizations including the AMA, VA, and NIH.

Additionally, he led a NIH supported Vascular Surgery Training grant in Vascular Biology for 15 years. He has served and serves on a number of editorial boards, and he is past president of one of the premier venous organizations in the world, the American Venous Forum and the American Venous Forum foundation. He is also past president of the Michigan Vascular Society, the Coller Surgical Society, and the University of Toledo Alumni Association and he currently has a seat on the University of Toledo Foundation Board.

His CV includes over 350 peer-reviewed and non-peer-reviewed manuscripts, over 150 book chapters, and he has given over 570 scientific presentations. Honors and awards have included the Coeur D’OR Award for Excellence from the American Heart Association, UIP Award of Excellence for Basic Science Research in Phlebology, Founders Award from the American Venous Forum, American Heart Association ATVB Special Recognition Award in Thrombosis, and both the Blue T and Gold T Awards from the University of Toledo Alumni Association

His wife Mary is a retired physical therapist and an ardent volunteer. She is a longtime docent with the University of Michigan Art Museum and a founding member of the MEET ME Program for memory loss guests. She has been an advocate for affordable housing and Community Mental Health in Washtenaw County. In Toledo Ohio, Mary is an active supporter of urban farming (Urban Wholistics at Tatum park) as well as with the University of Toledo's Catherine S. Eberly Center for Women and the Minority Business Development Center. She has been on medical mission trips in Central America as well as spear headed a dormitory build with a water source at the St. Joseph School in Kakamega, Kenya.

She and Tom work with International Samaritan whose home office is in Ann Arbor. He has two sons - Andrew, a graduate of Albion College and the University of Michigan Law School, is a priest ordained for The Roman Catholic Archdiocese of Washington. He currently serves as Pastor of St. Patrick Church in Washington, DC. Victor, a Princeton graduate with a EdD from Johns Hopkins, is currently a Senior Vice President for Teach For America. Victor‘s wife Rachel holds a MSPH from Johns

Hopkins and works as a Health Educator. They live in Maryland and have a son. Dr. Wakefield loves his family dearly and is an avid sports fan.